With Panda DAO, are we seeing the beginning of a new generation of community NFTs?

The NFT scene has experienced significant volatility after a few years of tremendous expansion and astounding success stories. Recently, some alarming accounts of investors who spent significant amounts on NFTs and then watched in horror as the value plummeted to zero have surfaced.

Similar issues to those in the crypto industry are being faced by the NFT space. Specifically, the rapid creation of numerous new NFT communities and projects was sparked by success stories like BAYC. Some of these were hastily constructed and were not supported by a stable liquidity model. Some people were just rug pullers.

These kinds of failures and scams have the potential to do severe long-term damage to the industry, in addition to the tragedy of the financial losses endured by regular individuals who trusted NFTs. According to a recent survey, the public’s opinion of NFTs as an investment is currently changing negatively. It’s not good for the sector’s growth prospects that so little of the general public now owns NFTs.

The long-term success of NFTs depends on public confidence in the markets that issue and trade them. Because of this, future NFT projects will need technical and financial architecture that protects NFTs from losing value.

There are indications that a new generation of neighborhood NFT initiatives is being developed in accordance with this idea. One of these is Panda DAO‘s Random Panda Club (RPC) NFTs. As part of its development plan, the larger Panda verse is working on a wide range of goods and services, with a focus on making creative intellectual property that is rich and based on NFTs. 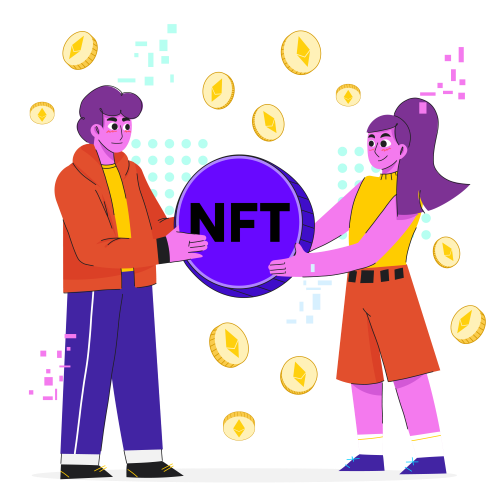 Law is code: What is the guiding idea of fresh community NFT projects?

The code that PandaDAO is using for the collection’s debut and future trading is what sets RPC NFTs apart. The PandaDAO team firmly believes that “code is law,” and they have taken advantage of this belief to develop the ERC721P exchange protocol, which will safeguard users’ investments and community liquidity by providing NFTs with inherent value.

Rebirths and swaps to ensure fairness and value.

More information on the project’s technical requirements may be found here and here. The Swap and Reborn contracts are the two aspects of the project protocol that are most likely to attract the interest of NFT collectors.

Fairness is important to the swap contract. Each RPC NFT issued will be anchored to 50,000 $PANDA in accordance with the protocol. Anyone with an NFT can use the community’s decentralized exchange to trade it for 50,000 $PANDA. On the other hand, anyone with 50,000 $PANDA can trade it for one RPC NFT. The protocol makes sure that the NFTs users receive as part of swap transactions are entirely random. It was created to prevent unscrupulous actors from unfairly obtaining the most valuable NFTs during the minting process.

The Panda DAO community will buyback $PANDA tokens at a predetermined price of $0.005 per token. As a result, each RPC NFT will always be worth at least $250. The system’s ability to guarantee the value of the NFTs while also allowing for plenty of room for arbitrage between the community’s decentralized exchange and websites like Open Sea, which promotes an increase in the market pricing of the NFTs, is what makes it innovative.

Contrarily, the Reborn contract enables users to swap one NFT they own 1:1 for another NFT held in the community pool. The function makes sure that the new NFT supplied to the user in exchange for the old one is fully random in its selection. Users may receive a rarer NFT, or they may not. With the help of this functionality, people who own common or boring NFTs can still feel like they have a real stake in the community. Additionally, it stops value reductions brought on by the dumping of undesirable NFTs. It’s interesting to note that Panda DAO intends to add NFTs from other projects (like BAYC and Doodles) to the pool of NFTs for ad hoc 1:1 exchange.

Do we have a future design in front of us?

These two key aspects of ERC721P have the potential to address significant problems that have previously plagued some community NFT projects, including poor liquidity brought on by drops in floor price, bad actors gaming the minting system, user annoyance and/or dumping brought on by having to hold non-rare NFTs or ones that have lost their aesthetic value to the user. Over the coming years, it will be interesting to see how the RPC project develops over the coming years. If ERC721P solves the problems that have plagued some recent NFT projects, we might have a model for a new generation of community-led NFTs that can last.